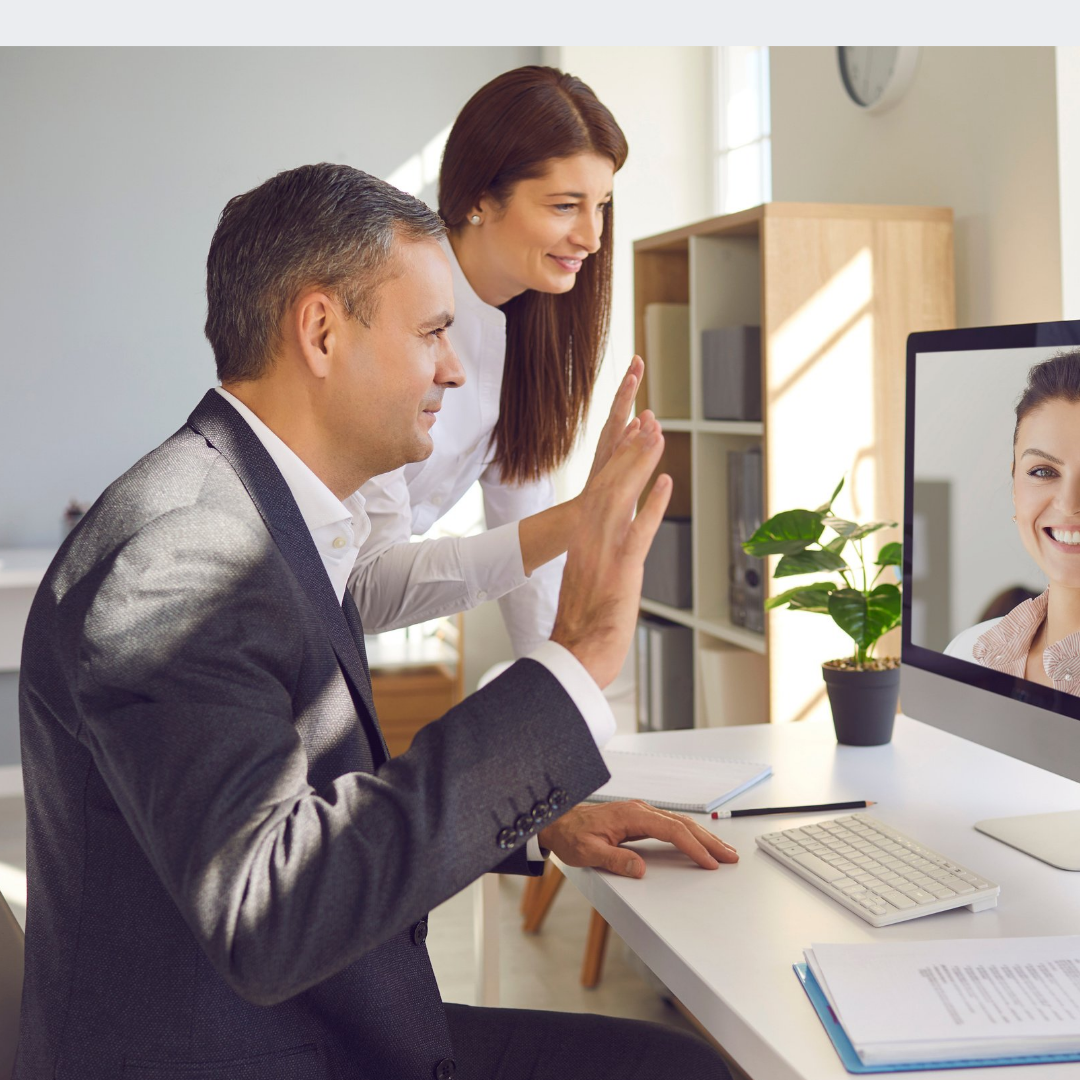 Amid a moratorium on events and calls for more sustainable practices, tech that facilitates virtual fashion presentations is thrust into the spotlight.

Eight China-based fashion designers were invited to Paris Fashion Week to present alongside several of the CFDA/Vogue Fashion Fund finalists at Tomorrow Le Palais, a showroom for emerging designers. But when they could no longer travel to Paris from China due to coronavirus-related travel restrictions, Tomorrow chief development officer Julie Gilhart coordinated a backup plan: each designer would create an introductory video to discuss and display their work.

The last-minute videos weren’t of high production value but successfully introduced the audience to the designers. It was also a learning experience, Gilhart says. “We all think we are so technically connected, but this has made us realise we are actually not. We are using [tech] as a tool but when the shit hits the fan, we aren't really prepared.”‍

Vogue global network head of fashion shows Emily Zak chose to tune in remotely for some Paris shows. She found some surprising benefits. “When I wasn’t travelling from show to show, I had more time to absorb them,” says Zak, who turned to multiple sources — including livestreams, online slideshows and Instagram — to follow runway content. “That’s a real benefit that maybe I wouldn't have appreciated fully if the circumstances hadn’t come to that full boil. I don’t know why we haven’t invested more energy in coming up with an alternative.” (Vogue and Vogue Business share the same parent company, Condé Nast.)

Following shows remotely raises concerns that the in-person “visceral” momentum will be lost, Zak acknowledges. She points to the vibration of human voices singing at Louis Vuitton, and the vast puddle of water at Balenciaga as moments that wouldn’t resonate as well when viewed digitally. While it’s true that technology hasn’t nailed virtual rain — yet — there are early explorations of how fashion events could pivot to digital, a move that could become increasingly common.

“This is a huge focus of everyone working in immersive technology — creating a sense of 'presence',” says London College of Fashion’s Matthew Drinkwater, whose Fashion Innovation Agency has worked on a number of projects that use augmented, virtual and mixed reality, a group collectively referred to as cross reality, or XR. He says that creating a sense of immersion is critical to the success of digital events. “It's not about using XR to take us away from people; it’s more about how the development of these platforms will connect us in ways we could never have anticipated.”‍

In China, live streaming is already a popular way to shop and see collections, and brands have embraced local platforms. Last September, Gucci’s first livestream on Chinese platform Weibo brought in 16 million viewers. “People say it’s hard to replicate, but look at what movies can do. The length that people have gone to create these amazing fashion shows — like bringing in sand to recreate a beach — there is no reason why you can't have more effects [on video]. You could have a flying unicorn going across the screen,” says Connie Chan, general partner at Andreessen Horowitz. “The idea of what is possible should dramatically open up and the costs should go down.”

Chan has invested in remote conference platform Run The World, which allows organisers to collect data on how participants are engaging with the content. She says a similar approach could work for digital showrooms or runway shows. For example, an “exhibition mode” would allow viewers to swipe to see new designers, save what they like and immediately access an order form. This would give organisers visibility on who checked in and what they are interested in. Or, brands might see the exact moment when viewers stopped watching a video.

In 2014, editor and stylist Mary Fellowes was editing content for fashion show venue Milk Studios. In place of guest editors, she commissioned a drone to cover the shows by flying among the models backstage and in the front of house.

“Video would work, but not if it’s only shot by a guy at the end of the runway,” she says. “You need more immersive, interactive and profoundly explorative camerawork.” She recommends big screens, highlighting details such as texture and stitching, and suggests brands take a cue from those like Kenzo and Gucci in creating cinematic content that can be screened locally. This could be combined with something sensory — like smelling something simultaneously or fabric swatches. “You think tech and analogue experiences are polar opposites, but if you unite them, you will come out with something really interesting,” she says.

Fellowes, whose styling clients include Olivia Colman and Tracee Ellis Ross, says this shift is overdue. “This merry-go-round of 10 weeks a year of shows is excessive, in terms of the carbon footprint and the toll it takes on those who attend,” she says. “I get asked by emerging brands often what they should do. I have said for a decade now, ‘Whatever you do, don’t do a show’.”

In direct response to travel restrictions, designer Steven Tai released his lookbook online using technology that allows viewers to digitally spin images of models a full 360 degrees, and showcases additional detail by highlighting fabrics and construction. This gets around the problem of static imagery and videos that don’t allow the viewer to control which part of the garment they are viewing.

Already, companies including PVH Corp and VF have invested in 3D-designed garments and digital showrooms that allow samples to be created and viewed digitally. Buyers can preview designs before they are produced from anywhere in the world. Louis Vuitton quickly digitised its collection so that absent buyers could zoom in to each detail. Chairman and chief executive officer Michael Burke said that if it weren’t for the urgent need, this would have taken two years to accomplish.

Virtual showrooms, where buyers can view and order designs remotely, are on the rise. This season, Joor, a wholesale platform that enables virtual showrooms and is used by brands including Loewe and Proenza Schouler, saw the average value of each order placed increase by 400 per cent, compared to 2019 figures.

JOOR CEO Kristin Savilia says that during Paris Fashion Week, activity on the platform was 2.5 times higher than average, largely driven by the virtual showroom. “This was the first time that brands mandated that you have to be digital,” she says, as many designers and buyers were no longer able to participate in an in-person showroom. “There was no other way. It is a good thing for the industry because it leads to transparency, quicker order turnaround times and easier communication.”

Last week, Joor announced a partnership with Ordre, which helps brands like Marc Jacobs and Michael Kors create 360-degree images of samples. Savilia says these types of images, which show the full garment, are important for virtual showrooms. Going forward, Savilia doesn’t anticipate a complete replacement of in-person showrooms despite improvements in virtual technology and more industry adoption. She does expect an uptick in virtual options that take a dual approach, mimicking the way that brands and retailers have found balance between in store and online.‍

‍Last February, the London College of Fashion livestreamed its MA19 Womenswear Show in augmented reality in collaboration with HoloMe, a company that facilitates embeddable AR content. Models were filmed at the show venue walking in front of a green screen, and this was broadcast live to each remote viewer’s smartphone screen. This resulted in the effect of models superimposed in the viewer’s own environment, as if they were walking directly in front of the viewer’s camera. Usually, AR experiences are pre-recorded.

HoloMe CEO Janosch Amstutz says the fashion industry might use this technology to view models walking on a replica catwork in their offices, or to allow a celebrity brand ambassador to appear in a customer’s living room. (A recent project with Stuart Weitzman is pictured, below.)

Although AR is currently more accessible, thanks to smartphones, VR allows the viewer to see and hear a fully immersive, 360-degree view of any environment. A brand could allow the viewer to watch a model walk a traditional runway just as they would in real life, turning from right to left as they passed. Brands like Rag & Bone, Balmain and Diane von Furstenberg have tested VR fashion week content; Ordre, the 360-degree image company, also offers virtual reality showrooms.

Since the early VR projects, Drinkwater says, the quality has improved, there are more headsets on the market and it is now possible to stream large amounts of data. The FIA has even tested entirely virtual catwalks; in this type of experience, he says, “the creative opportunities are almost limitless”. The quality of these experiences will only improve with faster connectivity, says The Future Laboratory foresight editor Kathryn Bishop. “The advent of 5G connectivity teamed with VR or XR devices will entirely upend how buyers, press and consumers interact with fashion.”‍

Some technologies that might further mimic physical events are on the horizon. Haptic gloves, for example, could replicate the sensory feedback one might get from touching a garment, with gestures such as nods or waves allowing buyers to move, examine, buy or disregard a piece, Bishop says.

Holograms, or hologram-like content, can make it seem as if a person or object is in an environment. In 2018, entertainment industry veteran David Nussbaum, who has created live “holoportation events” for celebrities, worked on a large-scale hologram runway show for Christian Dior. The project filmed 68 models at Paris’s Musee d’Orsay, turned them into 20-foot holograms walking in slow motion through space, then showed them in Shanghai using a 100-foot projection stage and 20 projectors. While quite expensive and labour-intensive, this ignited the idea for Nussbaum’s startup Portl, which uses glass panels to display realistic, hologram-like images.

This invention makes the idea of a hologram more accessible. A brand could distribute these to showrooms or spaces, displaying multiple looks. The company is able to “beam” any content to multiple places at once, meaning that a single brand could offer four presentations in each fashion capital simultaneously.

While it’s not teleportation, it’s getting close. “People can still be somewhere where they can't be,” Nussbaum says. “This hologram effect gives the ability to continue the tradition of fashion being a leader in almost every business model.”

This article was initially published on Vogue Business. You can view it here.

Transform your wholesale business with JOOR.
Get a demo today. 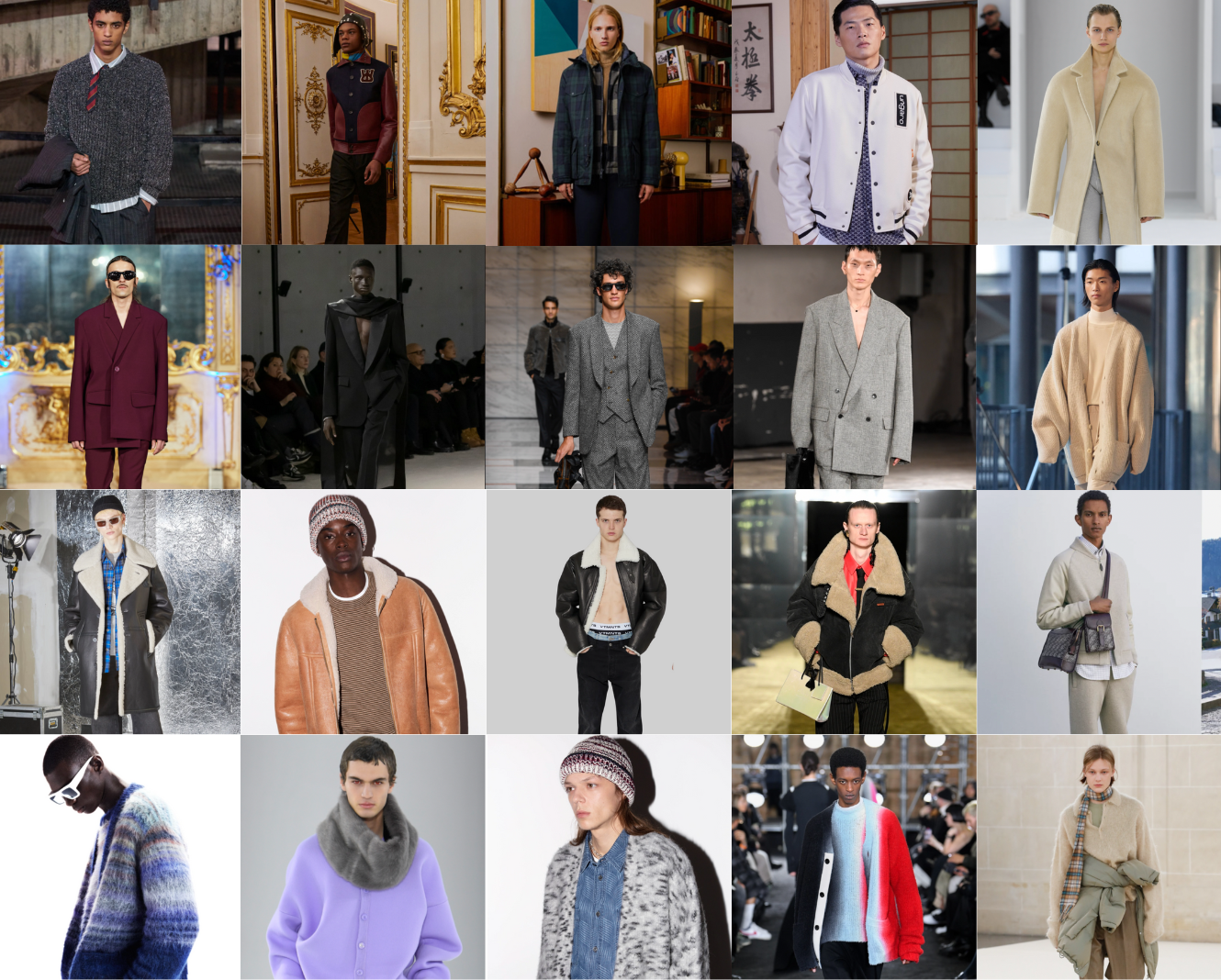 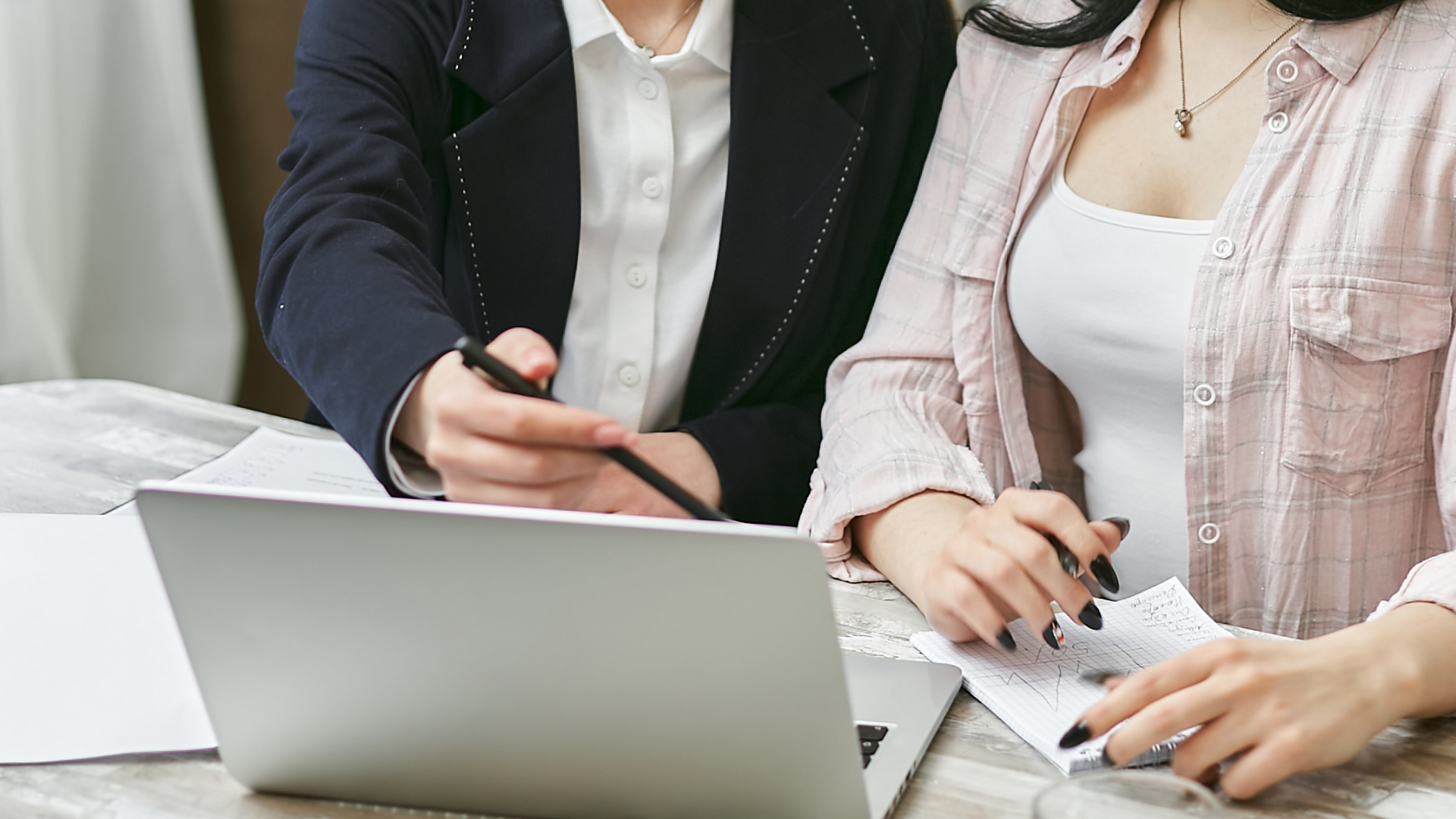 Where to Invest Your Technology Dollars in 2023 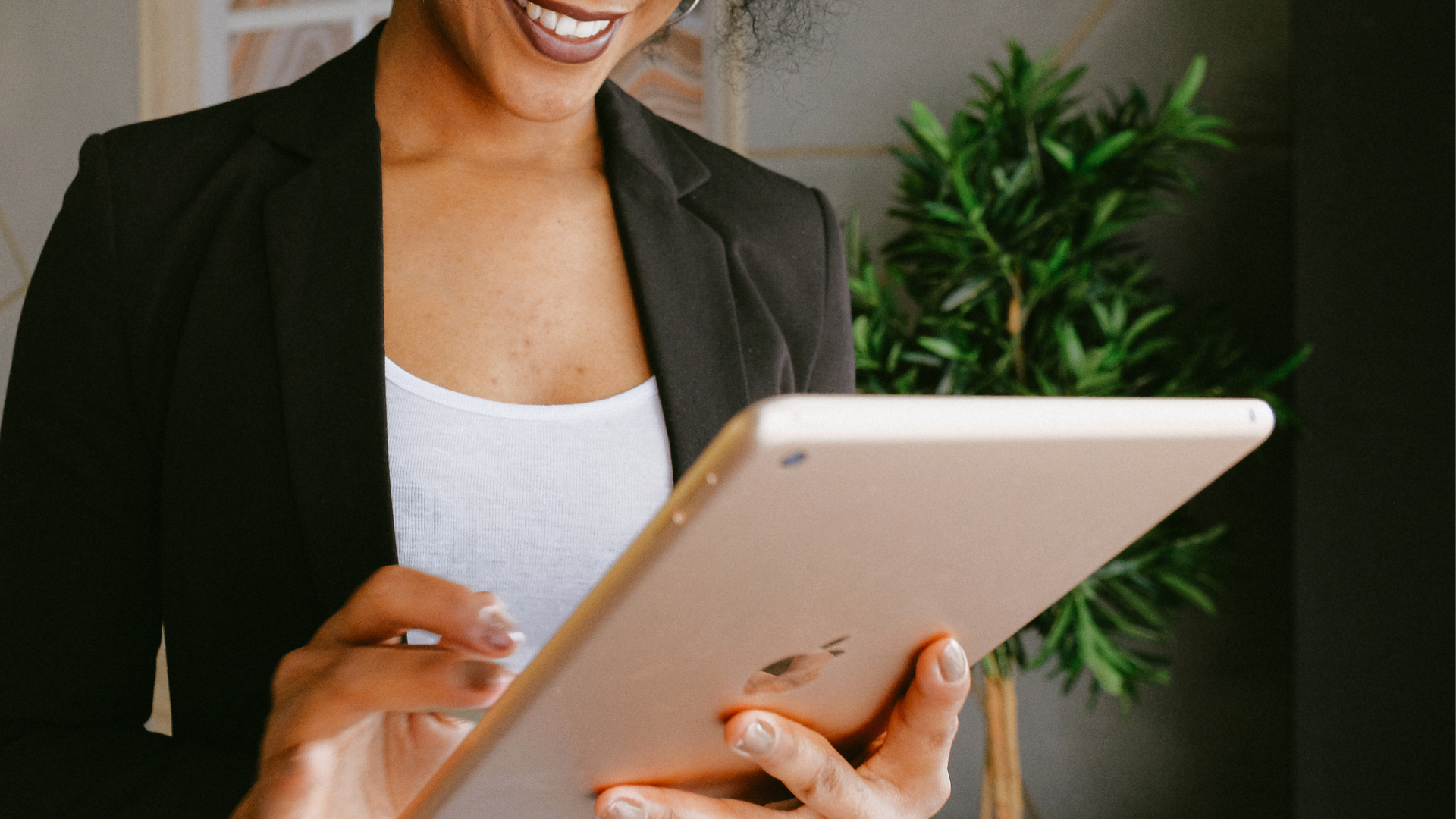 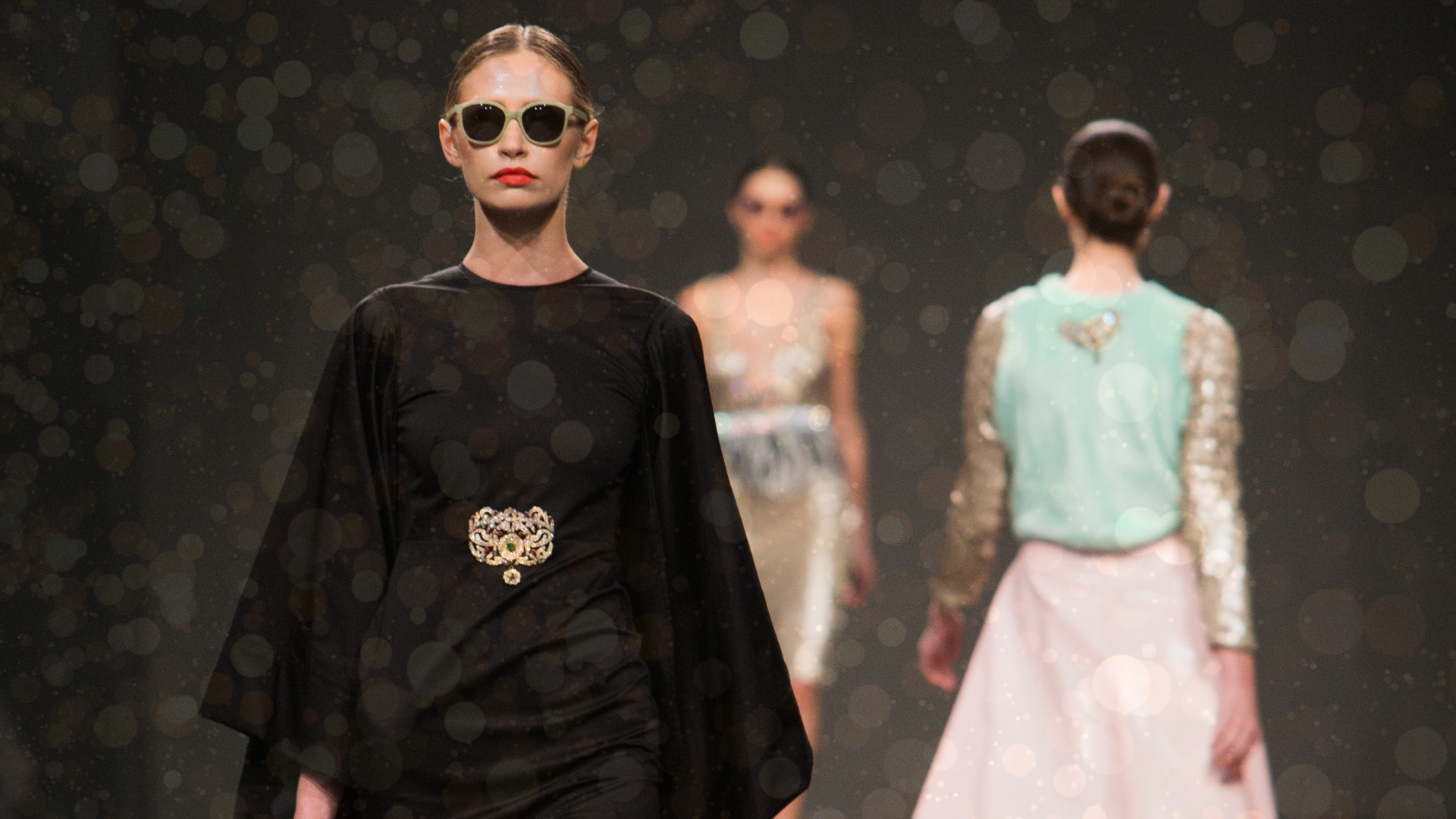 Get started today and watch JOOR transform your wholesale business